Sunday’s 132nd commencement at Morehouse College in Atlanta was unlike any other at the historically Black college.

“The honoring of three of our graduating seniors jointly as valedictorian serves as one proud and significant example of Morehouse College’s commitment to academic excellence — which also ties to one of the College’s strategic focuses of acuity,” said John Silvanus Wilson Jr., president of Morehouse College, in a statement. 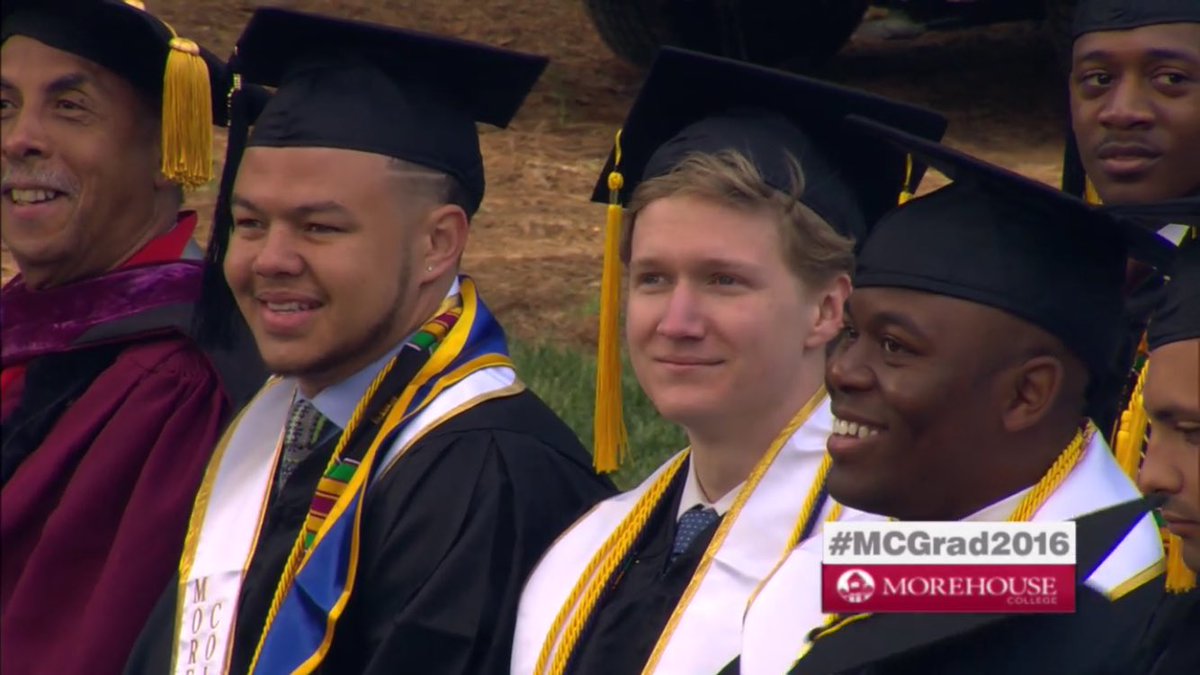 Ian Niemeyer is the member of the trio getting most of the attention because he’s White. The 22-year-old Durham, NC native told the NewsCenter that he decided to join his childhood best friend at the renowned Black college. He’s an economics major who works as an investment analyst for Prudential Capital Group. His ultimate plan is to start his own investment firm.

Also graduating with an economics degree, Willie J. Thompson minored in Chinese studies, and he will go to Taiwan as a Fulbright Scholar. Thompson, 22, grew up in Griffin, Ga. and plans to work for The Bridgespan Group in Boston, the NewsCenter said.

Rounding out the trio of top scholars, Liam R. Davis is a native of Nassau, Bahamas, who majored in business administration with a concentration in accounting. Davis, 22, plans to become prime minister of the Bahamas one day. His next step toward that goal is to earn a master’s in accounting from Wake Forest University.

The Cavaliers are quietly looking capable of stealing the NBA title

Wed May 18 , 2016
Washington Post – Tim Bontemps As the Cleveland Cavaliers have run roughshod through the Eastern Conference for a second straight season, sweeping both the Detroit Pistons and Atlanta Hawks to reach the Eastern Conference Finals, their swift advance has mostly been met with indifference. That’s not to say the Cavaliers haven’t […]

TV HOW WE SEE US!

The Multiethnic Advocates for Cultural Competence (MACC) is a statewide organization committed to transforming systems through the implementation and sustainment of concepts related to cultural competence. We are a clearinghouse for training, resources, research, best practices, and collaboration.

And So On And So On